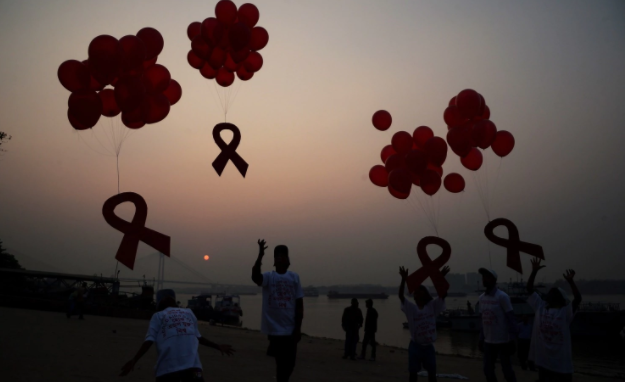 A South African child, believed to have been infected with HIV around the time of birth, has remained free of the virus for 8 1/2 years after early treatment — renewing hope among scientists that such outliers may hold clues to help end the decades-old epidemic.

The case study, described by researchers before a presentation Monday at an international AIDS conference in Paris, suggests a paradigm shift in the treatment of those infected. It establishes that HIV may be controllable in some way other than a daily and lifelong regimen of antiretroviral drugs.

“This is really the first step toward HIV remission and a cure,” said Deborah Persaud, a virologist at Johns Hopkins Children’s Center in Baltimore. “Understanding the factors that came into play to lead to this outcome is really going to inform science.”

Out of the millions of children worldwide who are HIV-positive, the child, now 9, is one of only three who have been identified by scientists as having the ability to stop the virus from resurging for an extended period of time.

Anthony Fauci, head of the National Institute of Allergy and Infectious Diseases, struck notes of both optimism and caution when speaking about him. Fauci described the child as being in “remission” rather than being cured. And while hoping that the child would never have an active infection, Fauci noted that HIV tends to hide in “funny places” and that it is “not entirely inconceivable” a small amount of the virus may remain in the body and start replicating again.

“It is exciting to see this. It is encouraging to see a child going for such a long period of time without rebounding,” Fauci said. “But we don’t have the full answers to what this means yet.”

The first case of extended remission in a child was announced to great excitement in 2013. Startled researchers reported that a girl — who came to be known as the Mississippi baby — appeared to be “functionally cured” 23 months after stopping treatment. The celebration was premature, however: The virus returned shortly after that announcement, and the young girl had to be put back on medications. But her case brought to light the possibility of viral suppression in children and led to the funding of other research into the phenomenon.

The second case, reported in 2015, involved a French teen who underwent treatment from soon after birth to age 6 and whose blood continued to have undetectable levels of the virus for 12 years after stopping the drugs.

The South African child came to the attention of researchers in 2008 through a larger study funded by the National Institutes of Health. It took place from 2005 to 2011 at hospitals near Johannesburg and Cape Town and involved nearly 400 HIV-positive babies.

Mark Cotton, a pediatric AIDS expert and one of the lead authors of the paper being presented Monday in Paris, explained that children were randomly put in one of three groups. One received the standard of care at the time, which was to start therapy only when the individual showed signs of becoming sick or evidence of a weakened immune system. The other two groups started treatment immediately after their HIV-positive status was confirmed, and stopped after 40 weeks or 96 weeks, respectively. The goal was to figure out whether early treatment was better than deferred treatment.

Cotton said the data appeared to show that children who had the virus rebound earlier had to go back on medication after a couple of weeks. But there was a huge surprise for subjects whose remission lasted longer, he said, with several children not needing to return for two or more years after 96 weeks of treatment.

Anthony Fauci, head of the National Institute of Allergy and Infectious Diseases, calls the advances being made in HIV treatment “breathtaking.” (Reuters)

Yet the one child is already considered a distinct outlier. Born to an HIV-positive mother, the baby was taken to one of the clinics in the study at about 8 weeks old. The child began therapy when the viral load was relatively low and took liquid antiretrovirals twice a day until about 48 weeks of age. By the time the child was done with treatment just before turning 1 year old, the viral load was undetectable, and year after year during follow-up visits, the child continued to show no signs of an actively replicating virus.

The researchers wrote in an abstract describing their work with the child that “to our knowledge, this is the first case of sustained virological control from a randomized trial of interruption following early treatment of ­infants.”

Cotton, who practices at South Africa’s Tygerberg Children’s Hospital and is a professor at Stellenbosch University, said he couldn’t share much information about the child, partly because caregivers have asked for confidentiality and partly because the child’s mother is believed to be dead. The father is still reachable, and scientists hope he will agree to be part of the continuing research to determine what the children who were able to be off medication the longest might have in common. The child’s body “does have the virus,” Cotton said, “but it seems to be asleep.”

One of the leading theories about how children in the study who had the longest remissions might be different has to do with how their immune systems give them the power to suppress any rebound. Another factor may be that their very early treatment did not give the virus a chance to fully establish itself.